As one of the major COVID vaccines, Novavax is still not federally approved by the U.S. One year ago, on January 11, 2021, Novavax had its first approved country—Indonesia. However, twelve months later, the COVID vaccine is still yet to be approved by the U.S. This vaccine is wired differently than its competitor companies like Pfizer, Moderna, and Johnson & Johnson. Unfortunately for the hopeful Americans in early 2021 who estimated there to be 110 million doses of Novavax by June 2021, the number has fallen short by a drastic amount. The founders of Novavax had promised a vaccine that would have fewer potential side effects than the other vaccines, but now, many are unsure if Novavax will even be available.

As of January 2022, 62.6% of the population is fully vaccinated, with three-quarters already receiving one dose. Currently, Novavax is in its Phase 3 clinical study before it submits data to FDA, where a review process will take place. 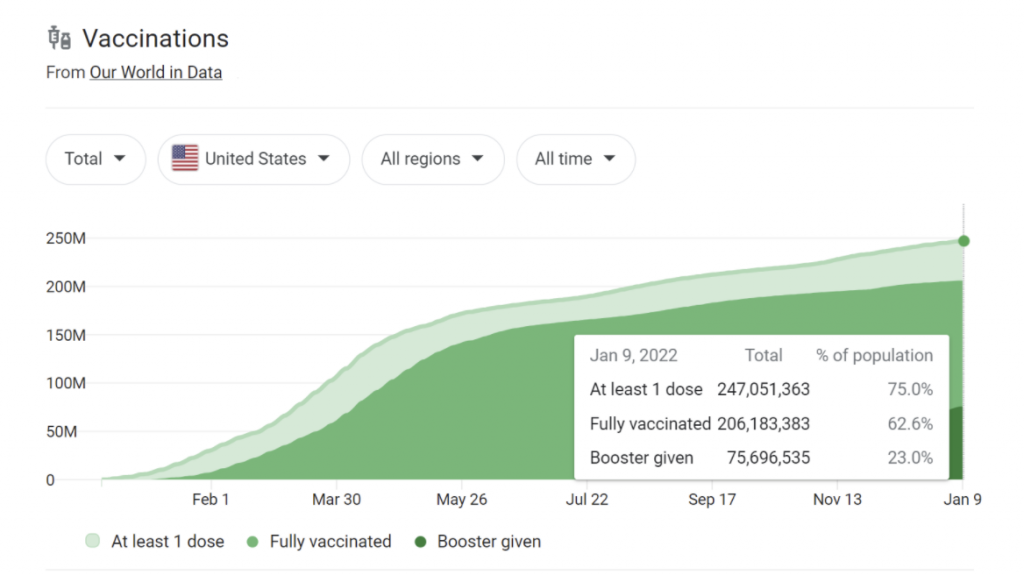 Caption: vaccination statistics as of January 9, 2022

Unlike Novavax’s approved counterparts, this vaccine operates differently. Instead of using mRNA, which is necessary for protein production, it utilizes a spike protein (it allows the coronavirus to enter the body) from the virus. After it’s injected directly into the body, the spike proteins are labeled as foreign and antibodies are created. Because this vaccine works differently, studies have shown that Novavax causes fewer side effects with around the same efficacy level. The clinical trials have shown “an overall 90% efficacy against coronavirus and 100% protection against moderate and severe disease.”

Despite already starting the Phase 3 clinical trial in May 2021, Novavax was faced with a myriad of obstacles. The U.S. was not allowing resources exported to India, an important country that approved of Novavax production, which stopped Novavax from being able to create enough high-quality doses. Greg Glenn, the president of research and development of Novavax, said in an attempt to explain the delay, “. . . about two years ago we were a very small company, we didn’t have manufacturing.” He had to keep switching manufacturing facilities, which resulted in an increasing amount of delay. Many people were not sure if Novavax was capable of consistently producing high amounts of doses with the resources it has. They were virtually building a network of manufacturing establishments without external help, and they also planned to produce two billion doses a year. In addition to these production issues, the company has also never brought a vaccine to market before. 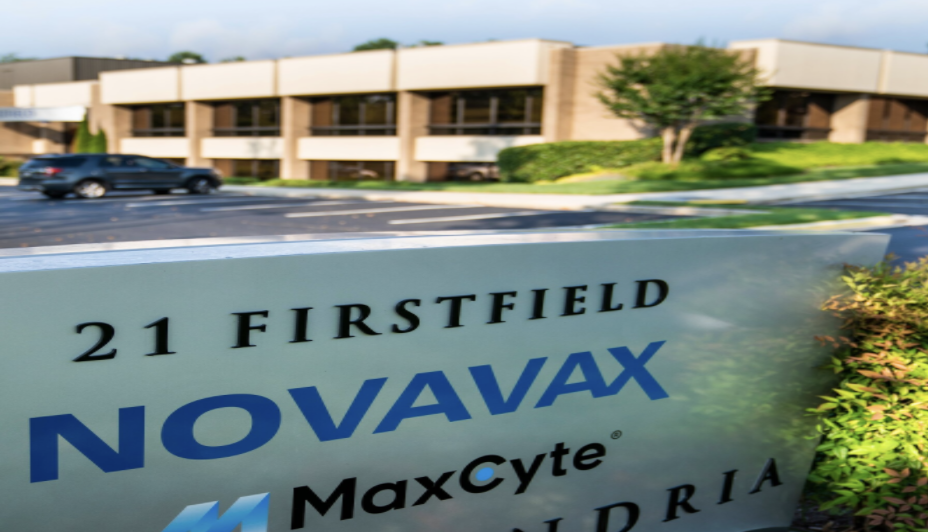 The Huddersfield University’s Merchant suggested the possibility that Novavax may have missed the chance of being approved by the FDA, considering that there is no need for another emergency-use vaccine anymore. But, as of late December 2021, Novavax was approved by WHO (World Health Organization), with one facility located in Europe and another in India. Currently, the vaccine is only safe for people over 18 years of age.

Although the year 2021 draws to an end, the CEO of Novavax Inc., Stanley Erck, remains hopeful. Erck estimated that in the next 3 months, Novavax could secure its position in 10 new countries, the U.S. included. It has already been cleared in around 170 countries, and if everything goes well, it could also be a high-demand vaccine for its unique protein spike. Maybe it isn’t too late for the company to take the shot.

What You Need to Know About Affirmative Action

How to Navigate Teenage Mental Health in an Asian Household